Jeff Bezos once famously said “Being customer-focused allows you to be more pioneering". 2016, one could argue, has been the biggest year-to-date for both customer-focused strategies and service innovation in e-commerce.
With innovation and major evolutions around the world, looking back at 2016 is quite an insightful experience, which we invite you to discover in our yearly e-commerce review.

No 3rd party integrations. No hidden costs. No wasted time.
Just a solution as unique as your business’s needs.

Beyond all facts and figures, charts and research, success is still a matter of inspiration, hard work, and good timing. As Seth Godin puts it “Soon is not as good as now”. And 2017 is happening soon - we hope you make it your best e-commerce year.

Hanna Barabakh is a Brand Ambassador at PayPro Global

Adina Cretu is a Content Marketing Manager at PayPro Global 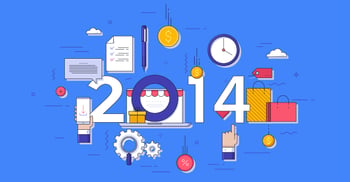